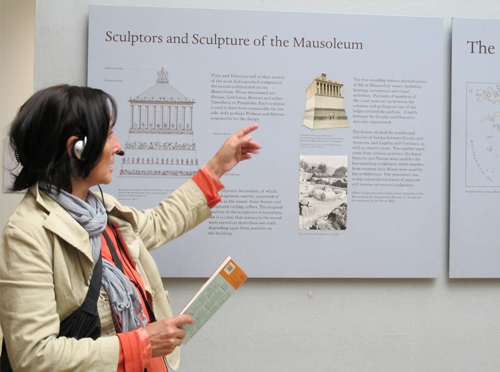 From Byzantium to the end of 19th. C. Roman, Gothic, Renaissance, Baroque, Classicism.. The The lectures are given in a way that carries an artist sensitivity which, besides the art history approach, contains the history of civilization and the sociology of art approaches.

You can join us now by calling or by online application.

The yearlong seminars with Painter Hülya Düzenli are given with a method that carries an artist sensitivity that, besides the art history approach, contains the history of civilization and sociology of art approaches.

Bearing the titles "Art and Artist" and"Introduction to Plastic Arts" ", It starts with the explanation of art concepts and the function of art history.

With the titles of "The Old Testament", "Marry and Allegories"and "Jesus Christ", the differences in the representation of Christian Iconographies and stories within the historical development of art are shown.

Hülya Düzenli was born in Samsun. Her parents are graduates of Ladik, Akpınar Village Institute. Awareness about education and intellectual consciousness of teacher mother and father is always felt in the artist's life. Being the third child of the family, Hülya Düzenli has two sisters and a brother.

The artist, who had her primary education in Amasya, Suluova, moved to İstanbul during her secondary education and having graduated from Fatih Girls High School, was accepted to İstanbul State Academy of Fine Arts, Department of Art. During those years her brother Ömer Ferda Düzenli was studying at the architecture department of the same school.

She has given art and culture discourses in museums within countries like; Austria, Holland, İtaly, France, Egypt, England, Spain, Hungary, ABD and the Czech Republic.

Worked as an instructor in Mimar Sinan Fine Arts University.

She is working as the head of the Art and Graphics Department in İstasyon Academy of Fine Arts; which still is the first private art education institution in Turkey and also has lateral transfer agreements with various state universities in England; as well as continuing with her individual artistic endeavours.

* We thank all our contributers.

We have lost one of the most valuable names of our country's music history, Ar...